Back in 2008, I was running a successful site that had two and a half million pageviews a month. That site was based on user-generated-content, so new content was being created daily.

One day, the site crashed. We had to delete everything and use backups to resume service. My host at the time was making daily and monthly backups, so I figured we were covered.

When attempting to use the backups to restore the site, it turned out they were corrupt. The most recent working copy was a six-month-old download that I had stored at home. We had to take the site back in time six months, losing not only content but also members. People who made it through “The big collapse of 2008” had lost post count and badges. It was a mess. It also hurt our traffic significantly. With the site being down for two days and so much content disappearing, traffic went down by 50% in the following weeks. It took us years to recover.

The point of the story is that backups can fail. And if you care about your site, having two backup systems in place is better. Even three, for a large site that’s crucial to your business.

Now that my niche sites are growing larger and have more traffic, it was time to look into improving our backup system. I dedicated half a day to doing that last week. I called that “Operation Backups”. Here’s what it was like.

I’m not what you might call a “responsible person.” Officially diagnosed with ADD, I can’t use Ritalin or other stimulants due to a pre-existing medical condition. That’s my excuse for not properly setting up backups until now. Ideally, I should have dealt with this months ago, but I only got around to it now.

I started by reviewing the system that I already had in place. ADD or no ADD, it’s not as if I didn’t have any backups to anything. That would have been stupid, considering the amount of money I have invested in my sites.

I have been using Blog Vault to backup my larger WordPress sites for over a year now. BlogVault creates a full daily backup of your WordPress site. I tested BlogVault when I first signed up, so I know that I can use it to easily get a website running again from the backup version.

When I created the Blog Vault account, over a year ago, I had five sites that I was working on, so I opted for the small business basic plan at $199 a year. 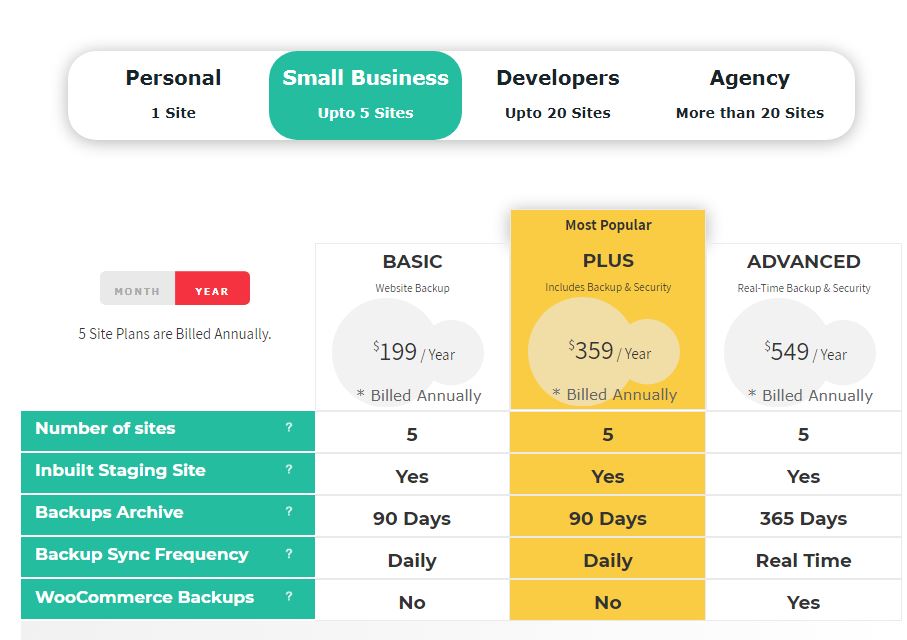 When I started Operation Backups, I thought I would probably just upgrade to the Developers plan. I did want to look into other options, though, so I kept researching.

What about host backups?

My current host Digital Ocean does offer a backup plan. However, I don’t want to rely on their backup service, for two reasons –

Next, it eas time to take a look at my current needs. As I explain in my monthly reports, my business strategy is to launch a new site once every quarter and grow that site to 100 posts. Once it reaches that stage, I let it simmer for at least six months to see how it does. If it does well, I’ll develop it into a larger site. Otherwise, it stays in my portfolio as a small and relatively static site.

At this point, my portfolio includes four large sites. They each have 250-600 posts and growing. I always have at least one additional new website in the “hatchling phase,” on its way to get to that 100-post point.

That means I need to have robust daily backups for five sites: the four large sites + one hatchling.

I have four other sites that are now either simmering away or are just designated to remain small sites. As a rule, we no longer add content to those sites. For these sites, a monthly backup is enough. It would give me a good enough backup. The only thing I might miss would be some newer comments—no huge loss.

So far, I have been using Blog Vault as an excellent reliable solution. I was shopping around for more options, so I asked around web publishing forums. If you’re looking to join a good one, my current favorite is run by Jon Dykstra from Fat Stacks Blog. It’s a relatively small community that’s not open to the public, making it an ideal spot for talking to like-minded publishers. To join, you need to buy one of Jon’s courses (which I recommend doing if you’re a web publisher going after SEO traffic).

Two names came up as good free backup options: ManageWP and Updraft plus.

I reviewed all three services (including BlogVault) and came up with this list of pros and cons for each one.

Similar to BlogVault, they offer you an off-site backup option managed by a plug-in. The free option includes a monthly backup.

Updraft offers a slightly different solution. Their plug-in helps you create automated full backups of your site, which you can then download. The paid version gives you off-site storage space on their servers and access to other plug-ins by the same developers. 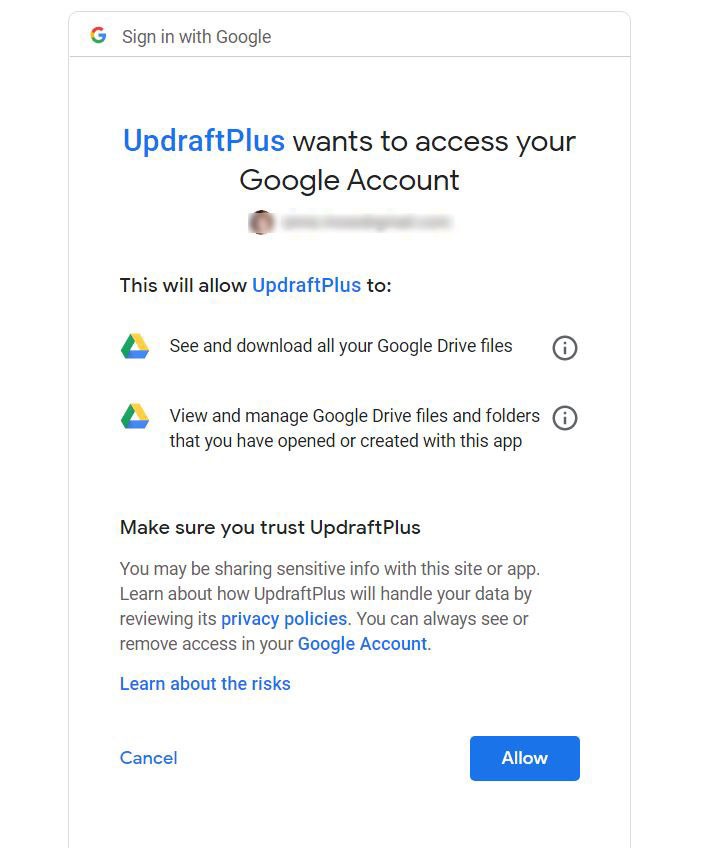 Like ManageWP, Blog Vault offers off-site backups, along with other services, such as security checks. Blog Vault doesn’t have a free option, though. It’s always paid, with various plans available, depending on the required services and number of sites.

So, once I reviewed the tools and my needs, I came up with the following plan.

The cost stays the same. I’ll be utilizing the same BlogVault subscription that I already have, at $199 a year.

Now that I had a plan, it was time to put it into action.

First, I created a task in Clickup with three checklists:

Next, I went over each site and applied the required changes to each one. This involved installing a couple of plug-ins and activating them, as well as setting up the sites in ManageWP’s and BlogVault’s respective control panels. Once I was done with a site, I checked the boxes in the respective lists.

Finally, I started backing everything up. Thinking about this blog post, I took screenshots throughout the process, but they’re pretty dull. It was a boring process which is a good thing. Each service has a series of steps to go through, and if you’ve ever installed a WordPress plug-in, you shouldn’t have any problems following them.

The entire operation took me 2-3 hours. That included reviewing the services and coming up with the strategy. Once I had that in place, it took me about an hour to set everything up.

Now I have active ongoing automated double backups for each one of my sites! The cost remained $199 a year. While I could downgrade the BlogVault account at some point, and rely solely on ManageWP and Updraft Plus, I like knowing that my larger sites are properly backed up using a solid paid service. These sites make thousands of dollars a month, so paying around $15 a month for backups makes sense to me.

And I’ve added one last task for myself in Clickup to look over everything once every three months and make sure it’s still working and the backups are running as planned.

So there you have it. It may not be the perfect setup out there, but it works for me. Hopefully this post will help others achieve the right setup for their own blogs.